It is common that we guess the breed mix of a dog. This page highlights the dangers of inaccurate breed labelling and how it can retard adoption, redemption and can lead to death.

This is Dahlia, she is gorgeous, loving and spends her day baby sitting foster kittens! The PAW Project is proud to have Dahlia as the mascot for our ‘Breed ID’ page! Follow Dahlia on Facebook.

You are probably wrong! A study by Dr. Victoria Voith showed that 87.5%
of dogs that were identified by DNA were not labelled correctly by the adoption agency. Click here
to see a poster of ‘Comparison of Adoption Agency Breed Indentication and DNA Breed Identification of Dogs’ by Dr. Victoria Voith. This poster is a great visual tool to gain insight into how there is little correlation between a shelter staff breed mix guess, regardless of experience, and the DNA the DNA analysis.

Many people have preconceived ideas about what breed of dog would suit them and their lifestyle. This can stem from family experience, media, marketing and myths. In this link, Janis Bradley discusses the relevance of breedwhen a person is searching to purchase a pet. There needs to be a shift in how we as a community, and how shelter protocols continue to create unrealistic expectations of how a dog ‘should’ behave based on a breed label.

If breed labelling is inaccurate, why do we do it?

Many Australian shelters and pounds advertise a dog by its breed. This advertising has a high probability of being inaccurate and can lead to a false misrepresentaion. But, it can also decrease the chances of the dog being adopted. For example, not everyone is looking for a Terrier mix, but many people may be looking for a small, friendly and loyal dog. So what is being suggested by the experts? Do not guess a breed. Advertise the dog for its qualities and merits to optimise its chances of finding a home and finding its perfect match. Improved human-canine matches also decrease the likelihood of the dog being resurrendered to the shelter. Inaccurate breed guessing can also have fatal consequences for dogs that visually appear similar to the dogs that are included in breed specific legislation. The National Canine Research Council state that dog breed identification is no basis for shelter policy and Animal Farm Foundation encourage shelters to assist potential adopters to view each animal as an individual, regardless of current software requirements. Please click on the poster to download your free copy.

What is Breed Specific Legislation?

“Breed-specific legislation is a law or ordinance passed by a legislative body pertaining to a specific breed(s) of dog, and/or to any dogs that appear they may be mixes of those breeds. The most drastic form of BSL is a complete ban; but BSL also includes any laws or governmental regulations that impose other requirements or limitations on specific breeds or mixes: mandatory spay-neuter, mandatory muzzling, special liability insurance requirements, special licensing, property posting requirements, enclosure requirements, breed-specific pet limit laws, sale or transfer notification requirements, and prohibitions in government and military housing. BSL, in all of its forms, results in the destruction of many pet dogs.”

The Australian Government, Department of Agriculture, Fisheries and Forestry has banned the importation of the Japanese Tosas, Dogo Argentino, Fila Brasileiro and the Perro de Presa Canario or Presa Canario and Pit Bull Terrier or American Pit Bull.

Click here to view the state by state legislation

Click here to view the changes in Victorian legislation

In Australia in 1927, there was an import ban on the German Shepherd which lasted up to 1974. It was based around the ideology that this particular breed was a sheep killer. The assumption was that if the German Shepherd mated with the Dingo, it would produce a ‘super sheep killer’. It was not scientific based, just like breed specific legislation. While Australia was banning the importation of the German Shepherd, in 1928 this same dog breed became the world first civilian seeing-eye dog in the United States. His name was Buddy, and a statue of this dog can be found out the front of The Seeing Eye Dog headquarters in Morristown, New Jersey.

The Australian Veterinary Association (AVA) does not support breed-specific legislation for dog bite prevention, because experience in other countries has shown that such legislation has failed to reduce the frequency of dog bites. Since there is NO registered breed called the Pit Bull, there is no DNA test to identify a dog as a Pit Bull or Pit Bull cross. The breed that the media and legislation refer to as the Pit Bull is the American Pit Bull Terrier, Staffordshire Bull Terrier, Bull Terrier, American Bulldog and English Bulldog.

A blanket ban for the ‘Pit Bull’ is based on the assumption that all ‘Pit Bulls’ are aggressive. Many Australians assume that when they purchase a Labrador Retriever it will be just as obedient as the Guide Dog. It is the intense training that produces the end product in both the fighting dog and the Guide Dog, not the breed. The media and some Shelter Directors continue to release misinformed and uneducated opinions that have caused myths, opinions and has influenced politicians into passing legislation that kills innocent dogs and does not make the community safer.

Karen Delise, Founder and Director of Research at the National Canine Research Council is the author of The Pit Bull Placebo. It has taken more than twenty years of reserach to create an accurate report on the media, myths and politics of canine aggression. It includes a history on breed demonisation, common myths of the Pit Bull like the lock jaw, canine aggression and the real reason for dog attacks. This book is highly recommended to all people that seek answers to understanding dog bite prevention. Please click on the link to download your free copy.

Brad Griggs, Director of Canine Services International specialising in canine aggression and lecturer at the National Dog Trainers Federation in Melbourne Australia, says that “In my professional experience, breed consistently proves to be a poor predictor of aggression”. He also adds that “While the animal management community is forced by poor legislation to enforce laws that focus on breed instead of individual temperament, the public is lulled into a false sense of security that dog bite prevention starts and ends with a handful of breeds.”

In 2003, Italy revoked BSL and replaced it with legislation that made the owner accountable and in 2009, Italy scrapped the dangerous list of 17 breeds altogether and has since reduced the number of dog attacks dramatically. Click here to read about Italy

Authored by Michael Linke. Click below to view paper.

Which one is the ‘Labrador’ mix? 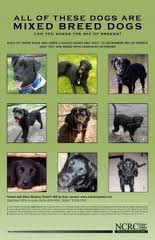 Which one is the ‘Pit Bull’ mix? 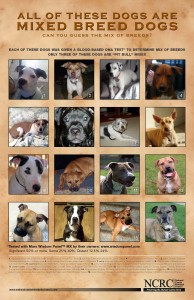 The Pit Bull Placebo: The Media, Myths and 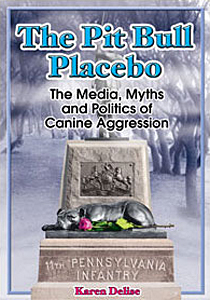 answered by the experts at Animal Farm Foundation 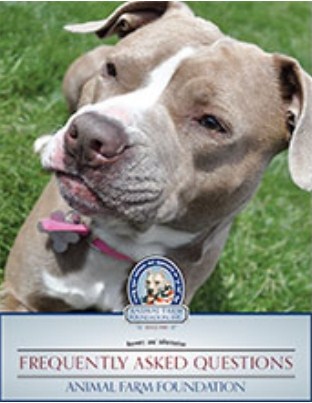