Who is The PAW Project? 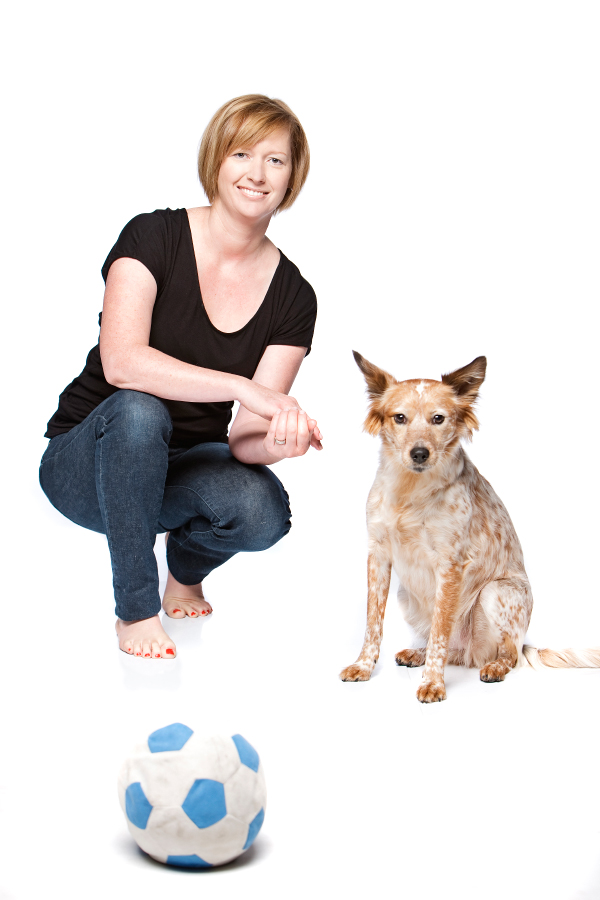 Image: Mia and Lucy the dog

Mia is a No Kill Advocate and created The PAW Project in 2010. It is a project and is not a non-profit. Everything that has been achieved has been done without the use of your money.

Her work has gained International attention. This has resulted in sponsored trips to attend the 2011, 2012 and 2013 No Kill Conference in Washington DC, establishing strong bonds with No Kill Directors, workers, veterinarians, advocates and lawyers.

If you are interested in becoming a No Kill advocate, or learning more about how Australians shelters can eliminate their kill rates, or wish to pursue CAPA in your State or Territory, please send Mia a message via the contact page. 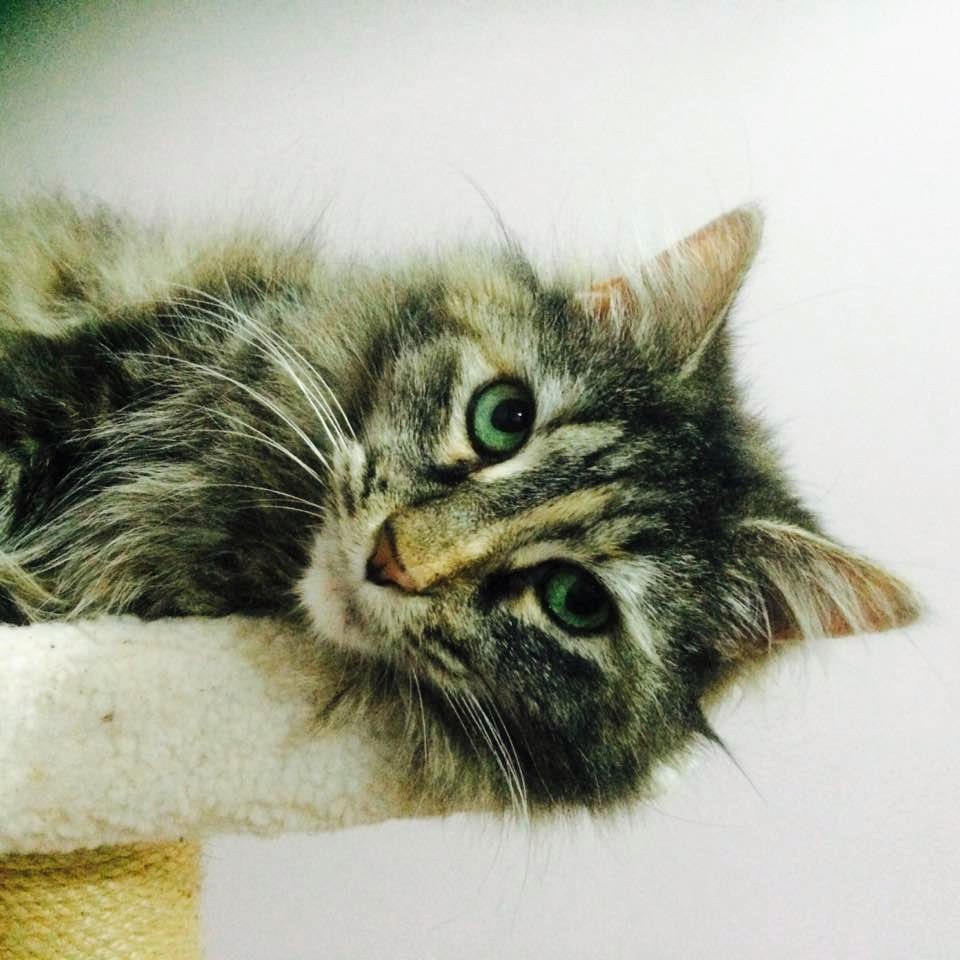 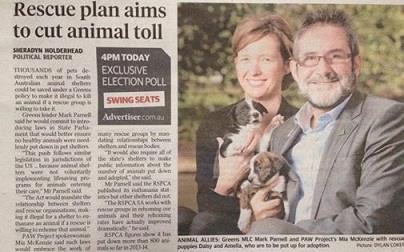 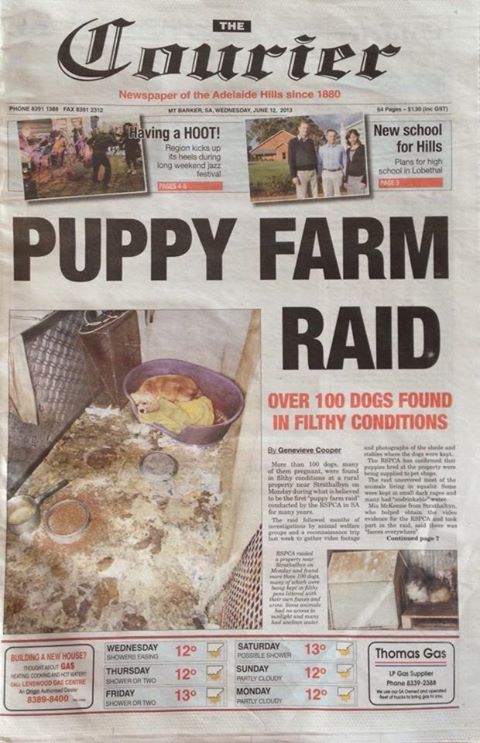 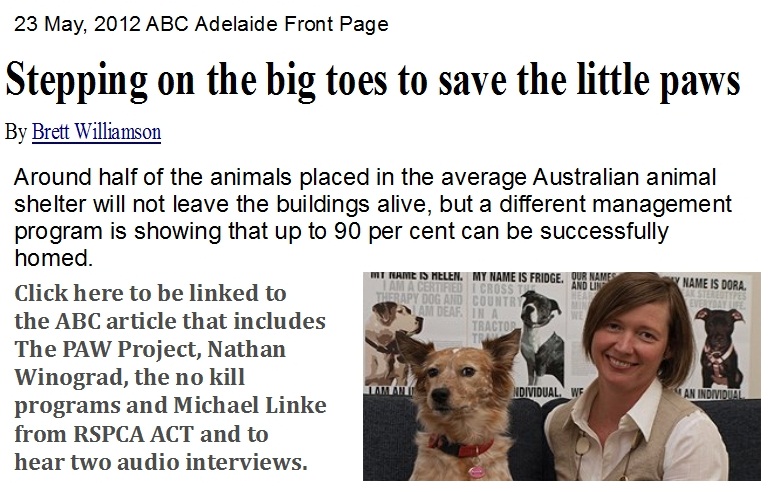 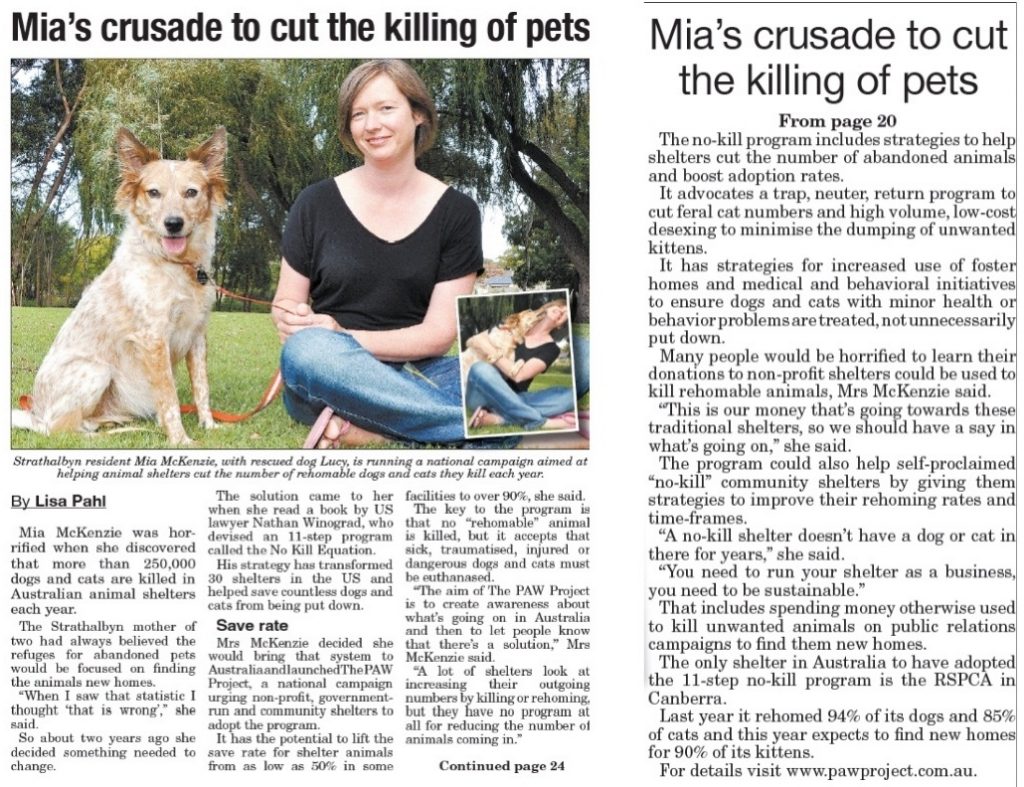 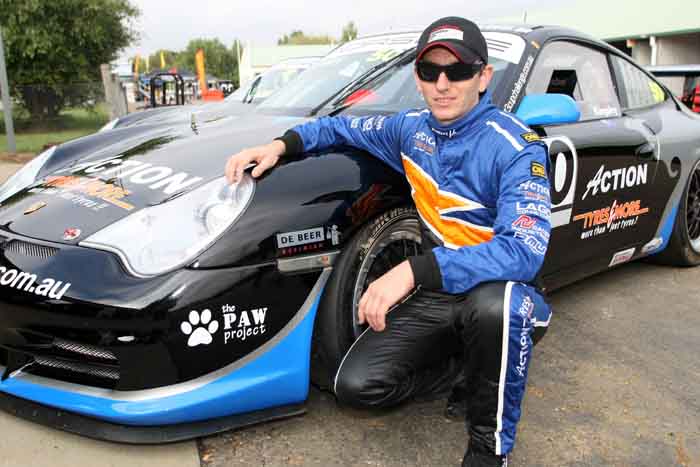 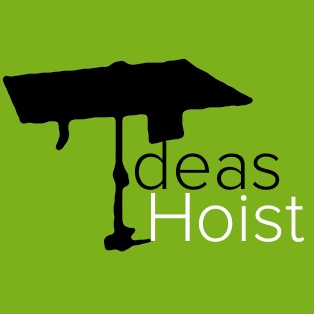 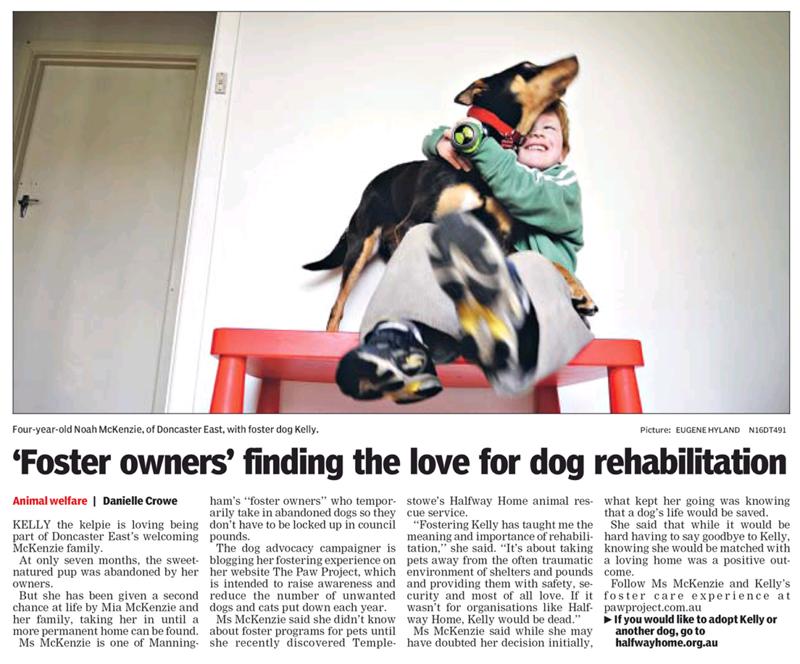 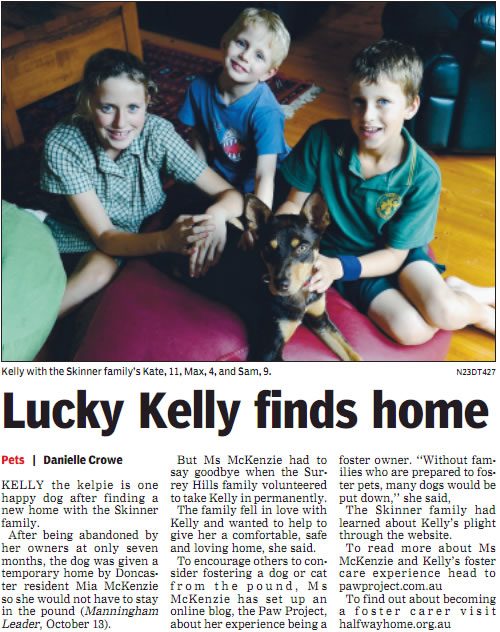 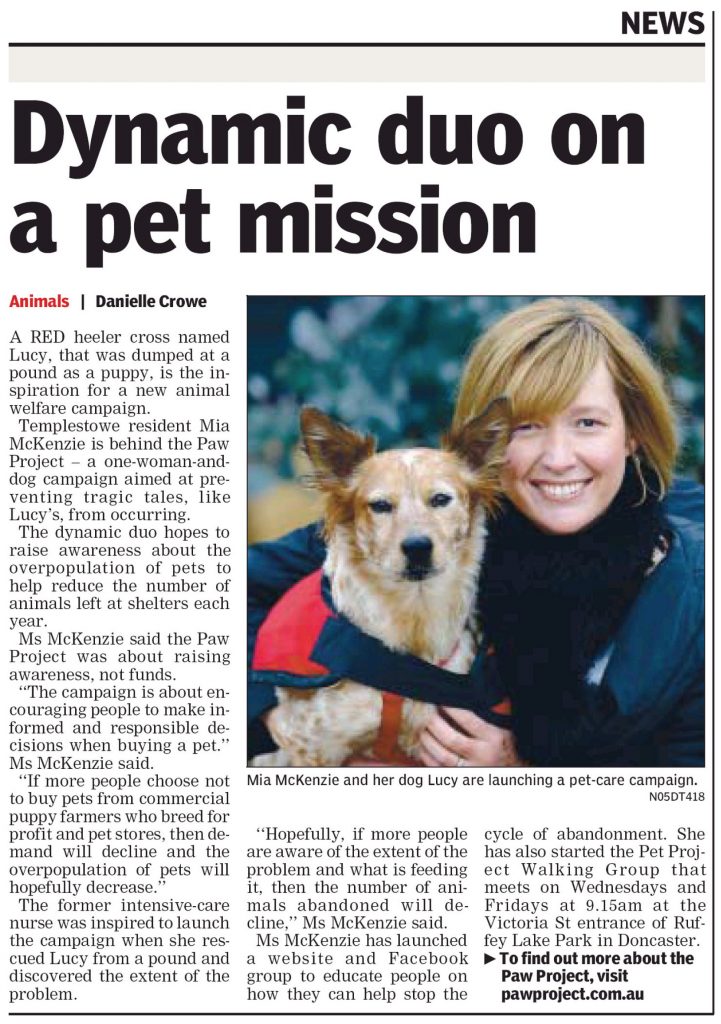 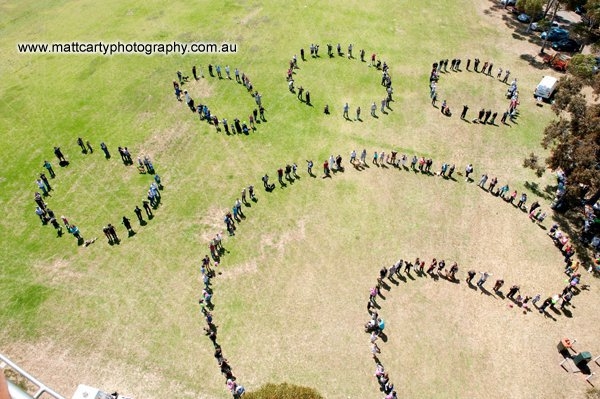